ENTERING THE small and under lighted living room of mister Holmes I was overwhelmed by the strong fumes of incense. Holmes was lying on the sofa, and for a moment there I was afraid he was dead.
A small voice came from him:
"Close the door Watson. I have been struck down by the worst flu one can imagine. I can stand no sunlight or cold."
I was very concerned about Holmes' health, so I offered:
"I should really air out this place, this gloomy atmosphere will keep you ill."
"You will do no such thing. Instead, you will take and read the letter that arrived by post this morning from the coffee table."

So I did. It was written in a formidable handwriting:

"I am so excited!
For years I have been looking for the location of the secret tomb of pharaoh Arsinoe. Her main tomb has already been found, but there has always been a rumour about a second one. A lot of my colleges don’t believe it exists, but I am sure that the pharaoh is buried somewhere in Egypt.
Earlier this month we found a sort of Rosetta stone: probably written by an ancient Egyptian cult. It is very similar to known hieroglyphics and it must be initially based on it - as some letters look familiar - but it is not exactly the same. Part of the stone is written in ancient Greek. I have managed to translate the Greek, it reads: 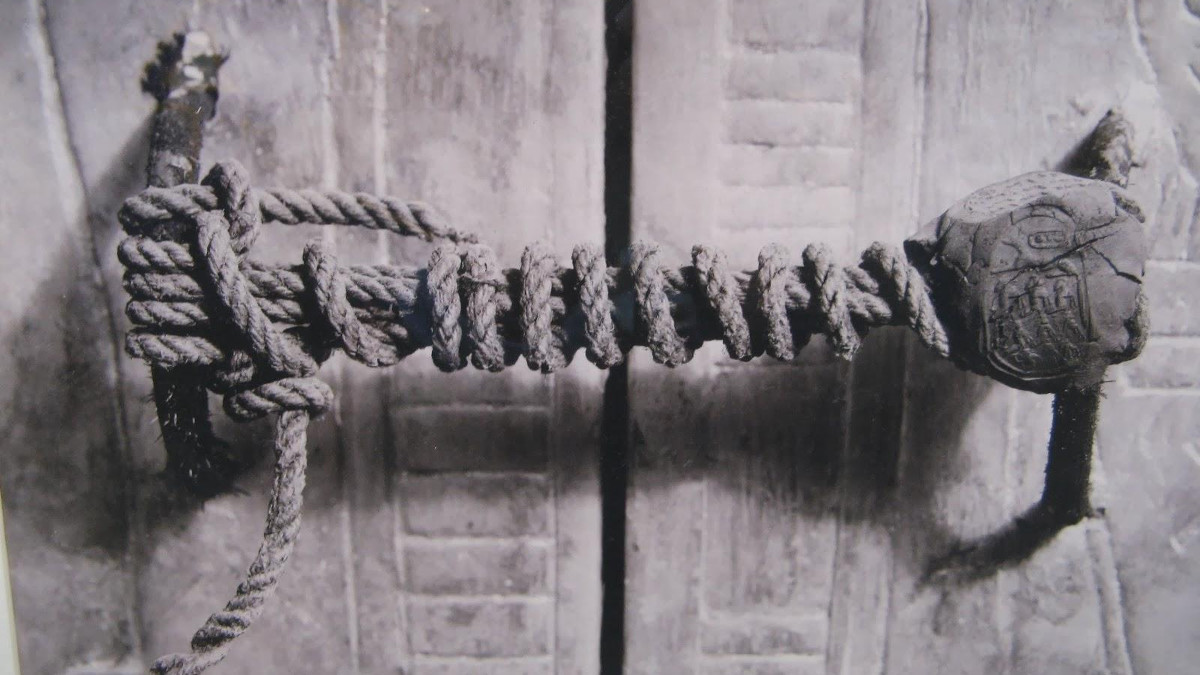 My name is Ptolemaeus, great pharaoh of North and South Egypt, loved by the gods. I shall go to the gods in my tomb, with my wife Kleopatra. The tomb is located east of the Nile at Bedari, 900 ‘distances’ south of Memphis, 60 ‘distances’ north of Tachta.

Last week I found a piece of a scroll. It looks to me as if it has the same strange hieroglyphics on it. If only I could translate this scroll! I really hope it unveils some clues as to the whereabouts of the second tomb of Arsinoe. Last year I thought I already held the key, but I was mistaken. All my colleagues ridiculed me. Now I need to be extra sure before confronting my colleges with my discovery.
Do you still have my old map of Egypt?

If you can find the location, you would keep me from losing face. Just the location in a telegram will suffice.

After reading this aloud I looked at a photo of an old wall covered by hieroglyphs and another of an ancient scroll.

Holmes began: "You know that I am an expert code breaker. The case with the dancing men was one of my finest. But my minds power has waned these few days, and this researcher has bored me. Every now and then he thinks he has found the location of the tomb of pharaoh Arsinoe. Last year he sent me an old map of Egypt. Unfortunately for him, he was wrong every time. Therefore I leave this little puzzle up to you. I am sure it will prove to be an excellent tool to sharpen your wits. Let me know if you find the location the client is after.”